Ribera Pelazas winery has recovered not only extinct native varieties as BRUŃAL, but also a century old wine tradition that was in steady decline over the years, even suffering vine uprooting phenomenon.

Our hundred-years-old vines, are goblet-pruned and rooted on natural terraces formed by slate, granite and good permeability soils. The vines are organized in small fields perfectly identified and controlled by our wine technicians.

Vineyards aged over 60 years are used for our ABANDENGO wine, and around hundred-years-old vineyards are used to make our special selection GRAN ABADENGO.

One yield per hectare ranging from 1,500 to 3,500 kg, always enriched with typicality, terrior and identity of the Natural Park Arribes of Douro Arribes and its local varieties. 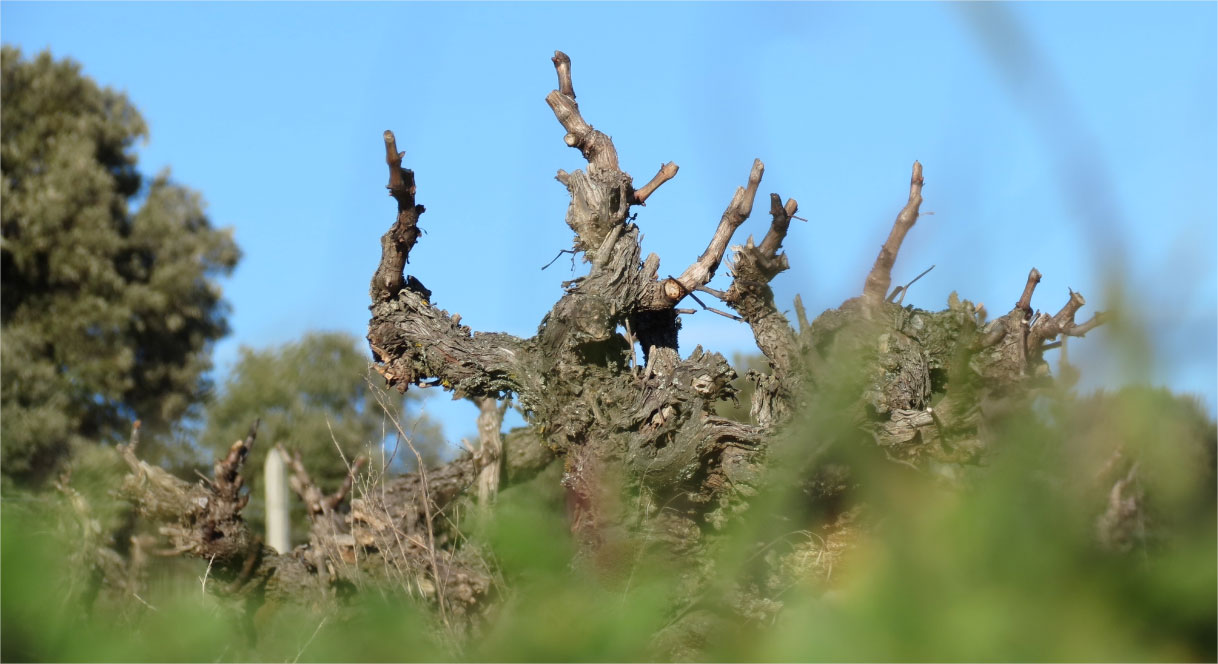